A new event has started! The Anniversary Celebration seasonal event is on now!

A seasonal event is a special event period during which you can get furniture and clothing items by participating in the garden event, Gyroidite Scavenger Hunt, and Fishing Tourney. 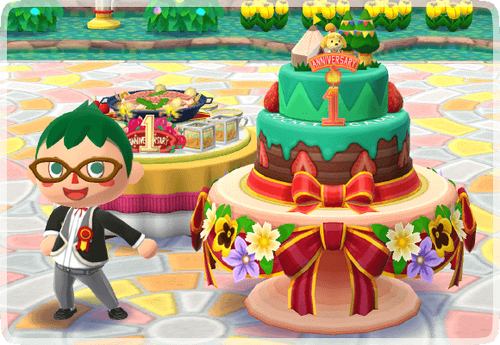 Note: Items that are not seasonal event rewards are also included in the above image.

This time, the spotlight item is the

How to Play the Seasonal Event

Collect a bunch of

You can get first-anniversary candles from Isabelle's Party-Prep Project, Gyroidite Scavenger Hunt #5, and Fishing Tourney #8! 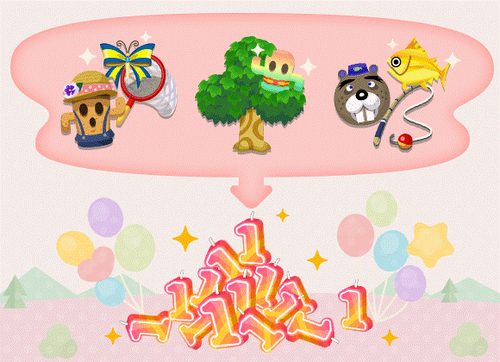 For more information about the seasonal event, you can talk to Isabelle in the Market Place or check the Event Info page by tapping on the icon.

There are lots of other events to celebrate the first anniversary! Please check here for more details!